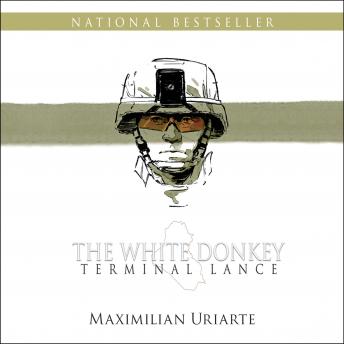 Download or Stream instantly more than 55,000 audiobooks.
Listen to "The White Donkey: Terminal Lance" on your iOS and Android device.

A New York Times bestseller: A graphic novel of war and its aftermath.

A powerful, compulsively page-turning, vivid, and moving tribute to the experience of war and PTSD, The White Donkey tells the story of Abe, a young Marine recruit who experiences the ugly, pedestrian, and often meaningless side of military service in rural Iraq. He enlists in hopes of finding that missing something in his life but comes to find out that it's not quite what he expected.

Abe gets more than he bargained for when his journey takes him to the middle east in war-torn Iraq. This is a story about a Marine, written and illustrated by a Marine, and is the first graphic novel about the war in Iraq from a veteran. The White Donkey explores the experience of being a Marine, as well as the challenges that veterans face upon their return home, and its raw power will leave you in awe.