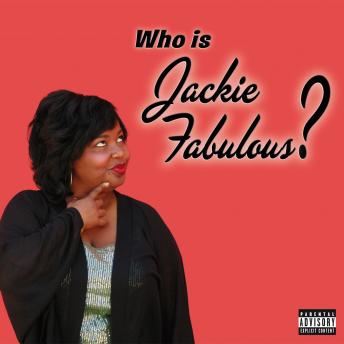 Who Is Jackie Fabulous?

Download or Stream instantly more than 55,000 audiobooks.
Listen to "Who Is Jackie Fabulous?" on your iOS and Android device.

JACKIE FABULOUS, a native New Yorker from The Bronx, is a gut-busting, headlining comedian who uses comedy to simultaneously entertain and inspire her audiences. Having survived her fair share of loves, tragedies, lessons and embarrassing but necessary moments, Jackie channels all of that energy into a performance that makes it difficult not to want more. She comes with a message and a lesson that surpasses the stand-up comedy club stage and sets her apart from her peers. Jackie is a multifaceted performer riding waves of laughter by connecting with all races, genders, and socio-economic classes on a very personal level. According to stand-up comedy veteran, Arsenio Hall, Jackie, "...is making waves with her modern stand-up combo of charisma and smart sense of fun. When I put her on my late night show she crushed it! A funny ray of sunshine."

More than just a funny lady, Jackie's brains, supreme confidence, personality and wisdom make her a comedic force to be reckoned with. She is at her best when she unabashedly speaks her truth. She's like Oprah, Rosie, Ellen, and Martha rolled into one. When Jackie isn't dropping knowledge on laughing crowds nationwide, making television appearances, or developing her own brand of talk show with her team, you can find her acting, giving motivational speeches, authoring a book and writing and producing for television.

Jackie Fabulous is a Star! She comes to entertain. She is the kind of comedian you really want to get to know, and who will reward you with laughter and a lesson. Her relatable and shameless pursuit of the laugh, even at the expense of revealing the most personal parts of her life, is why she is a force...a Fabulous Force Of Comedy Nature.

As the guy who discovered Jon Stewart, Ray Romano and a bunch of other star comics I have a sense of who has it". Jackie Fabulous has it. I'd watch her do just about anything legal."