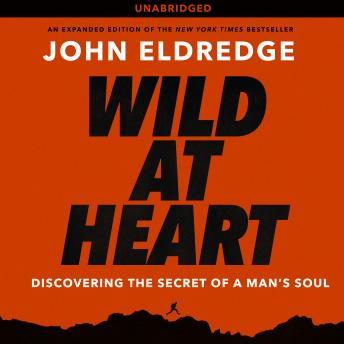 Download or Stream instantly more than 55,000 audiobooks.
Listen to "Wild at Heart" on your iOS and Android device.

Every man was once a boy. And every little boy has dreams, big dreams: dreams of being the hero, of beating the bad guys, of doing daring feats and rescuing the damsel in distress. Every little girl has dreams, too: of being rescued by her prince and swept up into a great adventure, knowing that she is the beauty. But what happens to those dreams when we grow up? Walk into most churches, have a look around, and ask yourself: What is a Christian man? Without listening to what is said, look at what you find there. Most Christian men are . . . bored. In Wild at Heart, John Eldredge invites men to recover their masculine heart, defined in the image of a passionate God. And he invites women to discover the secret of a man’s soul and to delight in the strength and wildness men were created to offer.