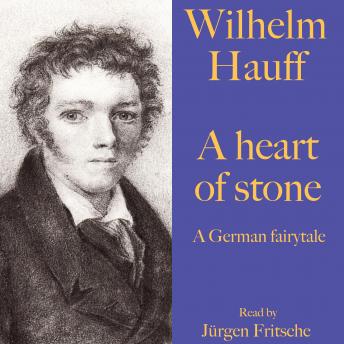 Wilhelm Hauff: A heart of stone: A German fairytale

Download or Stream instantly more than 55,000 audiobooks.
Listen to "Wilhelm Hauff: A heart of stone: A German fairytale" on your iOS and Android device.

Peter Munk is a charcoal burner in the Black Forest in southern Germany, making a poor living. How nice it would be if he had as much money as the rich merchants! As Peter was born on a Sunday, he is granted three wishes by a little glass man – but since the first two are so foolish, the glass man refuses the third. When all his money is squandered, Peter is in a bind. Where can he get more money? Well, he can turn to Dutch Michael, another ghost in the Black Forest. But the help of this dark character comes at a terrible price... This fairytale by German author Wilhelm Hauff was written in the early 19th century and is arguably his most famous one!