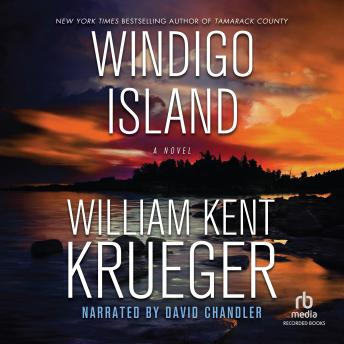 Download or Stream instantly more than 55,000 audiobooks.
Listen to "Windigo Island" on your iOS and Android device.

Cork O'Connor battles vicious villains, both mythical and modern, to rescue a young girl in the latest nail-biting mystery from New York Times bestselling author William Kent Krueger. When the body of a teenage Ojibwe girl washes up on the shore of an island in Lake Superior, the residents of the nearby Bad Bluff reservation whisper that it was the work of a deadly mythical beast, the Windigo, or a vengeful spirit called Michi Peshu. Such stories have been told by the Ojibwe people for generations, but they don't explain how the girl and her friend, Mariah Arceneaux, disappeared a year ago. At the request of the Arceneaux family, Cork O'Connor, former sheriff turned private investigator, takes on the case. But on the Bad Bluff reservation, nobody's talking. Still, Cork puts enough information together to find a possible trail. He learns that the old port city of Duluth is a modern-day center for sex trafficking of vulnerable women, many of whom are young Native Americans. As the investigation deepens, so does the danger. Yet Cork holds tight to his higher purpose-his vow to find Mariah, an innocent fifteen-year-old girl whose family is desperate to get her back. With only the barest hope of saving her from men whose darkness rivals that of the legendary Windigo, Cork prepares for an epic battle that will determine whether it will be fear, or love, that truly conquers all.