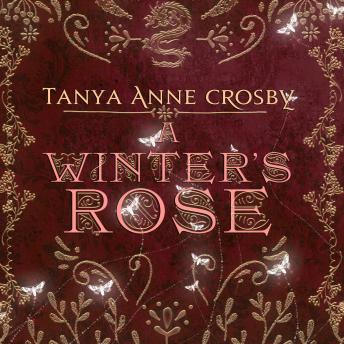 Download or Stream instantly more than 55,000 audiobooks.
Listen to "A Winter's Rose" on your iOS and Android device.

Facing the grim prospect of a forced marriage to a feckless minion of King Stephen's, Rosalynde, the defiant youngest daughter of Morwen Pendragon takes matters into her own hands. With the help of her mother's spell book and a stolen wimple, she disguises herself as a plain, matronly nun and flees her loveless fate...
Giles de Vere, lord of Warkworth, is facing his own arranged marriage-to Rose's sister, the reclusive Seren, reputed to be the loveliest woman in all of Wales. But destiny has its own wayward plans, and when the bold knight finds himself a reluctant champion to a runaway nun, he hasn't any clue of the lady's true identity. All he knows is that while Rose is far from beautiful, there's something magical about her that speaks to his heart...
'...Homage paid to medieval England and Scottish historical romance WITH a sprinkling of magic... Perfect.' - Kris Helt, Whiskey & Wit Book Reviews