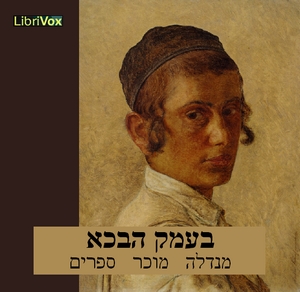 Download or Stream instantly more than 55,000 audiobooks.
Listen to "The Wishing-Ring" on your iOS and Android device.

Mendele Mocher Sforim (Mendele Book seller, literary name for Shalom Jacob Abramovitsch) (1835 - 1917, b. Kapulye, Belorussia), one of the first modern Jewish writers, wrote in both Hebrew and Yiddish throughout his career. In his work he described with sharp satirical criticism the traditional life in small Jewish towns, as well as tendencies for assimilation of learned Jews at the time. He was regarded as the "grandfather of Yiddish literature" but the Hebraic-Zionist atmosphere in Odessa influenced him, and in 1886 he turned to writing Hebrew fiction. Being a Jew has never been easy, certainly not in the 19th century Eastern Europe. Mendele Mocher Sforim wrote with love, and bitterness, about the harsh conditions of Jewish life at the time. The book tells the story of Hershele who leaves the harsh conditions in Russia for Germany, there to become an educated man of the world, but at the same time remaining a committed Jew. The book was first written in Yiddish (Dos Vintshfingerl) and later translated by the author into Hebrew (Emek Ha-Bakha, the vale of tears). (Summary by Omri Lernau)