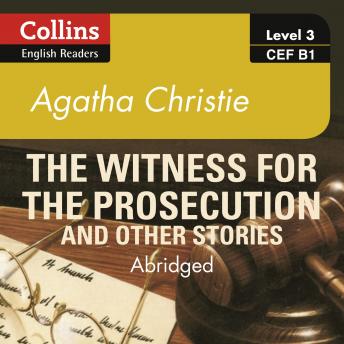 Witness for the Prosecution and other stories: B1

Download or Stream instantly more than 55,000 audiobooks.
Listen to "Witness for the Prosecution and other stories: B1" on your iOS and Android device.


When a rich lady is murdered, there is one obvious suspect. Even his wife says he is guilty – but then his lawyer discovers evidence that brings everything into question. Is anyone telling the truth?
Accompanied by three other short stories: The Rajah’s Emerald, Philomel Cottage, and The Actress.
Witness for the Prosecution is soon to be released as a major motion picture starring Ben Affleck.