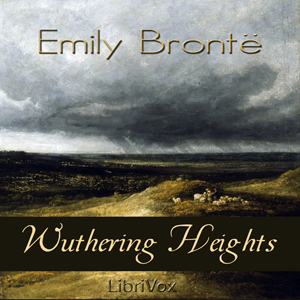 Download or Stream instantly more than 55,000 audiobooks.
Listen to "Wuthering Heights (Version 2)" on your iOS and Android device.

Emily Brontë's only novel, published in 1847 under the pseudonym Ellis Bell, tells the tale of the all-encompassing and passionate, yet thwarted, love between Heathcliff and Catherine Earnshaw, and how this unresolved passion eventually destroys them and many around them.

Now considered a classic of English literature, Wuthering Heights met with mixed reviews by critics when it first appeared, with many horrified by the stark depictions of mental and physical cruelty. Though Charlotte Brontë's Jane Eyre was originally considered the best of the Brontë sisters' works, many subsequent critics of Wuthering Heights argued that its originality and achievement made it superior. (Summary by Wikipedia)