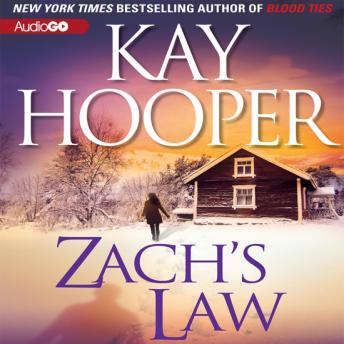 Download or Stream instantly more than 55,000 audiobooks.
Listen to "Zach’s Law" on your iOS and Android device.

In this beloved romance by master storyteller Kay Hooper, a woman who experiences car trouble in the Rocky Mountains gets more than she bargained for when she stumbles upon an investigator’s stakeout operation. Teddy Tyler is taken captive by handsome, rugged Zach Steele—and is not to be released until his investigation into a gang of gunrunners is complete. But Teddy quickly discovers that she doesn’t much mind being detained by Zach. She’s powerfully attracted to him, and she won’t rest until he gives in to his own attraction.