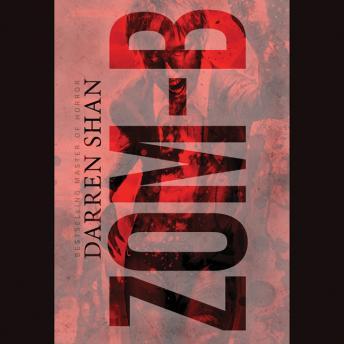 Download or Stream instantly more than 55,000 audiobooks.
Listen to "Zom-B" on your iOS and Android device.

From Darren Shan, the Master of Horror, comes the first book in the Zom-B series that will have you on the edge of your seat and questioning what it means to be a human or a monster.

When news reports start appearing of a zombie outbreak in Ireland, B's racist father thinks it's a joke-- but even if it isn't, he figures, it's ok to lose a few Irish.

B doesn't fully buy into Dad's racism, but figures it's easier to go along with it than to risk the fights and abuse that will surely follow sticking up for Muslims, blacks, or immigrants. And when dodging his fists doesn't work, B doesn't hesitate to take the piss out of kids at school with a few slaps or cruel remarks.

That is, until zombies attack the school. B is forced on a mad dash through the serpentine corridors of high school, making allegiances with anyone with enough gall to fight off their pursuers.