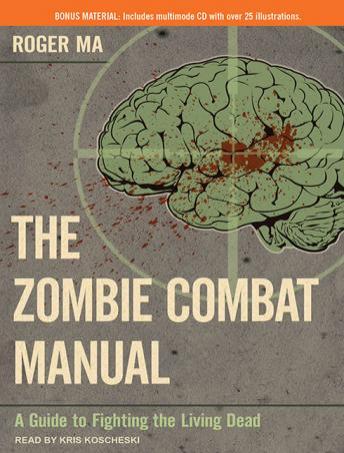 The Zombie Combat Manual: A Guide to Fighting the Living Dead

Download or Stream instantly more than 55,000 audiobooks.
Listen to "The Zombie Combat Manual: A Guide to Fighting the Living Dead" on your iOS and Android device.

Statistics reveal that during a zombie outbreak, most individuals will have to destroy their undead opponent without the aid of a firearm. To prepare you for the inevitability of hand-to-hand combat with the living dead, The Zombie Combat Manual demonstrates how anyone, from the seasoned fighter to the untrained citizen, can become an effective warrior against the undead.With firsthand accounts from zombie-combat veterans, this book provides you with the information you'll need to emerge victorious from close encounters with walking corpses. The Zombie Combat Manual is the go-to guide for anyone who wants to prepare for the unavoidable zombie epidemic. Now is the time to learn how to defend against an advancing army of the undead, lest you fall victim to their growing ranks.