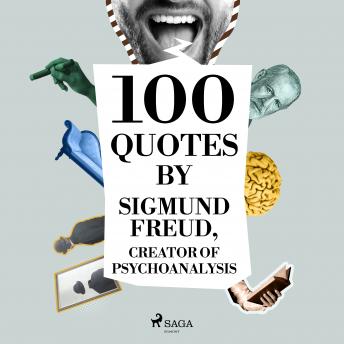 Download or Stream instantly more than 55,000 audiobooks.
Listen to "100 quotes by Sigmund Freud, creator of psychoanalysis" on your iOS and Android device.

Sir Francis Bacon had a tremendous impact on science and philosophy during the scientific revolution in XVIIth-century England. He was the first to argue for a skeptical and methodical approach in science, based on careful observation of events in nature, and founded on induction. His work, firmly grounded in empiricism to prevent projection of one's preferred hypothesis, made him the father of scientific method. This was a groundbreaking turn of events at the time, and is still the basis of the scientific framework today. We have selected for you 100 of his most influential quotes, for you to discover the inner workings of an honest scientific mind, and get inspired by his straightforward approach.