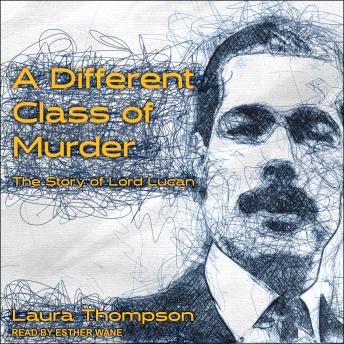 A Different Class of Murder: The Story of Lord Lucan

Download or Stream instantly more than 55,000 audiobooks.
Listen to "A Different Class of Murder: The Story of Lord Lucan" on your iOS and Android device.

On November 7, 1974, a nanny named Sandra Rivett was bludgeoned to death in a Belgravia basement. A second woman, Veronica, Countess of Lucan, was also attacked. The man named in court as perpetrator of these crimes, Richard John Bingham, 7th Earl of Lucan, disappeared in the early hours of the following morning.

The case, solved in the eyes of the law, has retained its fascination ever since. Laura Thompson, acclaimed biographer of Agatha Christie, narrates the story that led up to that cataclysmic event, and draws on her considerable forensic skills to re-examine the possible truths behind one of postwar Britain's most notorious murders.

A Different Class of Murder is a portrait of an era, of an extraordinary cast of characters, of a mystery, of a modern myth. Part social history, part detective story, it tells in masterly style of a case that has retained its fascination for decades. This is an updated edition following the death of Lady Lucan in February 2018.