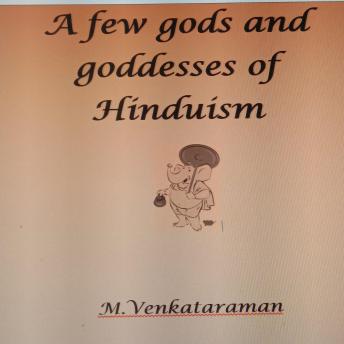 A few gods and goddesses of Hinduism

Download or Stream instantly more than 55,000 audiobooks.
Listen to "A few gods and goddesses of Hinduism" on your iOS and Android device.

The foundations of Hinduism are the eternal and supersensuous truths discovered by ancient Indian sages. These revealed Divine Truths are called the Vedas. According to the teachings of the Vedas, God is the One without a second — the absolute, formless, and only Reality. God is referred to as Brahman, the Supreme Universal Soul. It is said in the Vedas that by His mere will, Brahman manifests Himself as this universe. Hence, creation, preservation and destruction of this world are the three aspects of God. These three basic aspects of God are represented by the Trinity called as Brahma, Vishnu and Shiva. There are also other deities in Hinduism to personify the various other endless powers and aspects of God. These are the gods and goddesses of Hinduism.