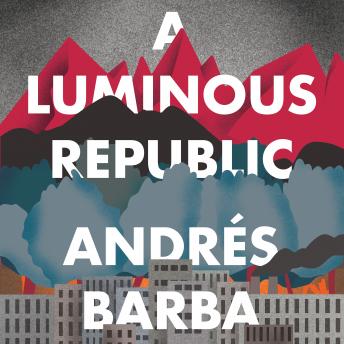 Download or Stream instantly more than 55,000 audiobooks.
Listen to "A Luminous Republic" on your iOS and Android device.

A new novel from a Spanish literary star about the arrival of feral children to a tropical city in Argentina, and the quest to stop them from pulling the place into chaos.

San Cristóbal was an unremarkable city—small, newly prosperous, contained by rain forest and river. But then the children arrived.

No one knew where they came from: thirty-two kids, seemingly born of the jungle, speaking an unknown language. At first they scavenged, stealing food and money and absconding to the trees. But their transgressions escalated to violence, and then the city’s own children began defecting to join them. Facing complete collapse, municipal forces embark on a hunt to find the kids before the city falls into irreparable chaos.

Narrated by the social worker who led the hunt, A Luminous Republic is a suspenseful, anguished fable that “could be read as Lord of the Flies seen from the other side, but that would rob Barba of the profound originality of his world” (Juan Gabriel Vásquez).
Narrator Jonathan Davis is a critically acclaimed and award-winning narrator and voiceover actor who has earned accolades for his narration from The New York Times, Publisher's Weekly,  AudioFile Magazine, and USA Today.  In 2017, he was inducted into Audible’s Narrator Hall Of Fame.


Jonathan's work as a narrator includes film and programming for National Geographic Television, NOVA, and PBS. He has narrated a variety of bestselling and award-winning titles in all genres for major publishing houses and national audio divisions. He is a four-time recipient and sixteen-time nominee of the celebrated Audie Award, presented by the APA for excellence in audiobook narration/production