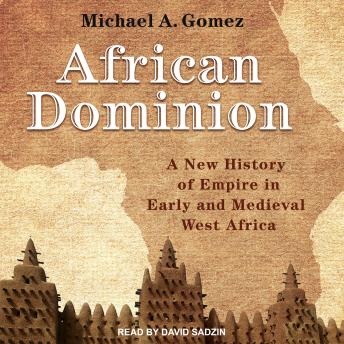 African Dominion: A New History of Empire in Early and Medieval West Africa

Download or Stream instantly more than 55,000 audiobooks.
Listen to "African Dominion: A New History of Empire in Early and Medieval West Africa" on your iOS and Android device.

Pick up almost any book on early and medieval world history and empire, and where do you find West Africa? On the periphery. This pioneering book tells a different story. Interweaving political and social history and drawing on a rich array of sources, Michael Gomez unveils a new vision of how categories of ethnicity, race, gender, and caste emerged in Africa and in global history. Focusing on the Savannah and Sahel region, Gomez traces how Islam's growth in West Africa, along with intensifying commerce that included slaves, resulted in a series of political experiments unique to the region, culminating in the rise of empire. A radically new account of the importance of early Africa in global history, African Dominion will be the standard work on the subject for years to come.