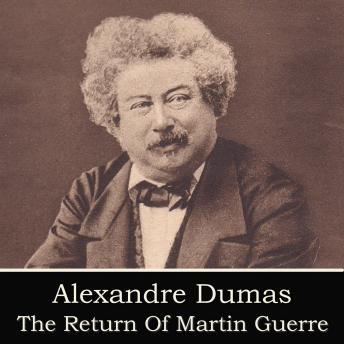 Download or Stream instantly more than 55,000 audiobooks.
Listen to "Alexandre Dumas - A Short Story" on your iOS and Android device.

The Short Stories Of Alexandre Dumas. The short story is often viewed as an inferior relation to the Novel. But it is an art in itself. To take a story and distil its essence into fewer pages while keeping character and plot rounded and driven is not an easy task. Many try and many fail. In this series we look at short stories from many of our most accomplished writers. Miniature masterpieces with a lot to say. In this volume we examine some of the short stories of Alexandre Dumas. Alexandre Dumas born into poverty in 1802. Complicating his life was his African ancestry which gave rise to much racist behaviour against him despite being seven eighths French. Raised by his mother after his Father's death by age 4 he was a voracious reader. At age 20, with the restoration of the French Monarchy he went to Paris to attend on The Duke of Orleans. Thereafter he began to write plays and two early successes allowed him to write full time. Dumas helped in the revolution of 1830 which installed his former employer as the new King. In his late 30s came the books he is so well known for "The Three Musketeers" and "The Count Of Monte Cristo" and with these and others his fame was set both in France and across the World. Dumas was a great wanderer spending years in Belgium, Russia and Italy. A prolific writer on politics and travel we look here at his short works including the classic; Martin Guerre. It is a work of great power holding the attention and asking questions about what is real and what if..... Some of these stories are also available as an audiobook from our sister company Word Of Mouth.