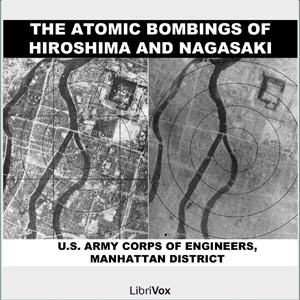 The Atomic Bombings of Hiroshima & Nagasaki

Download or Stream instantly more than 55,000 audiobooks.
Listen to "The Atomic Bombings of Hiroshima & Nagasaki" on your iOS and Android device.

This is the official report, published nearly 11 months after the first and only atomic bombings in history (to date), of a group of military physicians and engineers who accompanied the initial contingent of U.S. soldiers into the destroyed cities of Hiroshima and Nagasaki. The report presents a clinical description of the devastation, loss of life and continued suffering of the survivors that resulted from the world's first and only atomic bombings, to date. The appendix is an eyewitness account, contrasting vividly with the dispassionate sang-froid of the report itself, written by a German Jesuit priest who survived the blast at Hiroshima, and whose order assisted in rescue efforts following the catastrophic attack. This recording was completed on the 63rd anniversary of the events. (Summary by Dennis Sayers).