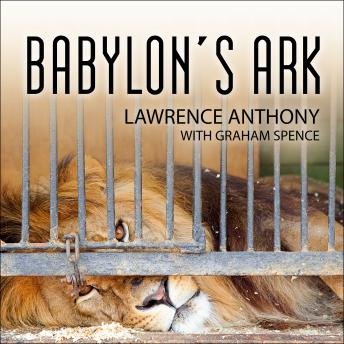 Babylon's Ark: The Incredible Wartime Rescue of the Baghdad Zoo

Download or Stream instantly more than 55,000 audiobooks.
Listen to "Babylon's Ark: The Incredible Wartime Rescue of the Baghdad Zoo" on your iOS and Android device.

When the Iraq war began, conservationist Lawrence Anthony could think of only one thing: the fate of the Baghdad Zoo, caught in the crossfire at the heart of the city. Once Anthony entered Iraq, he discovered that hostilities and uncontrolled looting had devastated the zoo and its animals.