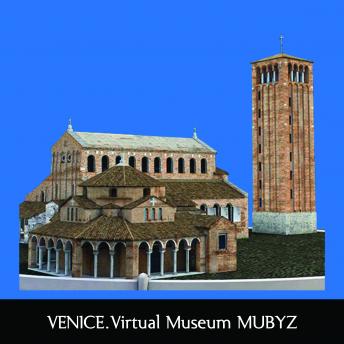 Basilica of Ascension of the Blessed Virgin. Torcello. Venice. Italy

Download or Stream instantly more than 55,000 audiobooks.
Listen to "Basilica of Ascension of the Blessed Virgin. Torcello. Venice. Italy" on your iOS and Android device.

The audioguide tells the story, describes the architecture and reports interesting facts about the cathedral.

The island of Torcello, populated since Roman times, sheltered the population from the mainland, during the Gothic invasion period. During the VI century, Byzantium reconquered much of the Italian territory, and then began the period of maximum splendor of the lagoon of Venice and of the island of Torcello. The basilica of Santa Maria Assunta was built in 639, by order of the archbishop of Ravenna Isacio. In the years 864-867, the building was expanded and in the years 1008-1047 it was partially rebuilt, at the request of Bishop Orso Orseolo, son of Doge Pietro.

It was probably then that the church was dedicated to Santa Maria Assunta. The fulcro of the cathedral are the magnificent mosaics, executed with great sophistication, by local and Byzantine workers (probably from Constantinople). The entire interior wall of the facade is occupied by the marvelous mosaic of the Last Judgment, realized between the XI and XII century, by artists from the Venetian-Byzantine school.

This masterpiece represents the last coming of the Lord, when, as the evangelist Matthew describes, he will return to glory, to judge men according to their actions. You can examine the 3D model of the church and observe its interior, through the MuByz App. The audioguide has been made by professionals in the field of history and art.