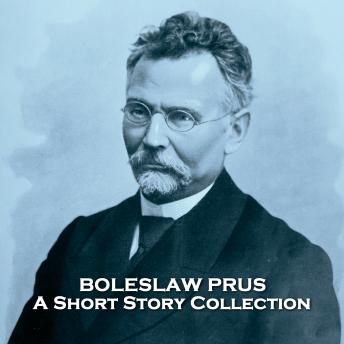 Download or Stream instantly more than 55,000 audiobooks.
Listen to "Boleslaw Prus - A Short Story Collection" on your iOS and Android device.

Aleksander G?owacki who wrote under the nom de plume Boleslaw Prus was born on 20th August 1847 at Hrubieszów in the Kingdom of Poland, at that time, controlled by the Russian Empire.At three his mother died and then at nine his father. Female relatives helped raise him but at 15 he joined the Polish uprising against the might of Imperial Russia. Wounded on the battlefield, arrested and imprisoned, he was later released into the care of a relative and resumed secondary school and then Warsaw University but poverty forced him to leave after two years. At some point he developed agoraphobia which often caused problems.In 1869, he enrolled in the Forestry Department at Pu?awy but was soon sacked and so he began a system of self-education that led to work as a newspaper columnist on a wide-ranging series of topics that eventually became the 'Weekly Chronicles' and spanned 40 years.With his finances now stabilized he married and then adopted his late brother-in-law's son. It seems he had doubts as to the scale of his talents and early on adopted the name 'Boleslaw Prus' for both his journalistic and literary offerings.His work as a short-story writer met with much acclaim. He wrote several dozen of them, originally published in newspapers and ranging in length from micro-story to novella. His keen observation of everyday life and sense of humor are evident in them. During his career he also wrote novels. After 'Pharoah', in 1895, he embarked on a four-month journey taking in Berlin, Dresden, Nuremberg, Rapperswil in Switzerland, where he stayed for two months, and his final destination, Paris. Here his agoraphobia was so bad he couldn't cross the Seine. However, his writing continued and in 1911 his novel 'Changes', though uncompleted, began to be serialised. It was never finished.Boleslaw Prus died on 19th May 1912, at his Warsaw apartment. He was 64. A National Hero, thousands attended both his funeral service and interment.1 - Boleslaw Prus - A Short Story Collection - An Introduction2 - Shades by Boleslaw Prus3 - Fading Voices by Bolslaw Prus4 - The Living Telegraph by Boleslaw Prus5 - Mold of the Earth by Boleslaw Prus6 - A Legend of Old Egypt by Boleslaw Prus