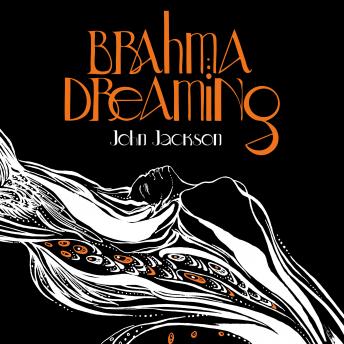 Download or Stream instantly more than 55,000 audiobooks.
Listen to "Brahma Dreaming: Legends from Hindu Mythology" on your iOS and Android device.

Listen to the tales of the Hindu deities as they’ve never been heard before!

Brahma Dreaming is master storyteller John Jackson’s intriguing versions of the legends surrounding the Hindus’ great gods. These are the tales of the Trimurti – the Hindu trinity of Brahma, Vishnu and Shiva – and Brahma Dreaming is divided into three sections representing their continuous forces of creation, preservation and destruction.

The work begins with Lord Brahma dreaming the universe into being and from there unfolds an enthralling collection of interconnected tales that span the history of Hinduism. Here are brave princes, divine divas and demon kings, family feuds and epic battles, burning loves and lies, tragic deaths and glorious rebirths. There are tales about dancing elephants, peacock warriors and monkey armies, all narrated by Jackson himself with great character, warmth and wit.

The audiobook download includes a pdf featuring 15 hand-drawn black ink illustrations of the deities, selected from the Brahma Dreaming hardback edition and introduced by the artist, Daniela Jaglenka Terrazzini. Each is a masterpiece of detail and drama, reminiscent of Dulac and Rackham, and the glorious ‘Golden Age’.

A novel for sophisticated listeners of all ages.