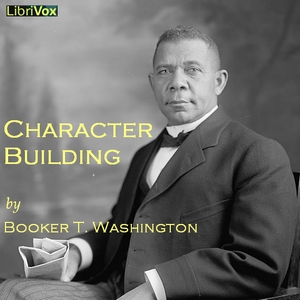 Download or Stream instantly more than 55,000 audiobooks.
Listen to "Character Building" on your iOS and Android device.

Character Building is a compilation of speeches, given by Mr. Booker T. Washington, to the students and staff of the Tuskegee Normal and Industrial Institute (now known as Tuskegee University).

Booker T. Washington was one of the most prominent leaders in advancing African-American civil rights. Born into slavery and freed as a young boy, he rose through the ranks of education to eventually earn his position as principal of Tuskegee. Under his guidance, the school was built, by students and for students, to give them a deeply meaningful education. Mr. Washington stressed the importance of developing oneself for life-long success. He strived to imbue in his students the highest personal standards, and these speeches represent the core messages he gave.