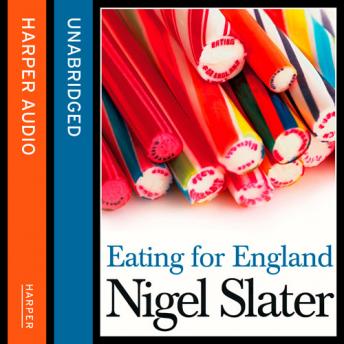 Eating for England: The Delights and Eccentricities of the British at Table

Download or Stream instantly more than 55,000 audiobooks.
Listen to "Eating for England: The Delights and Eccentricities of the British at Table" on your iOS and Android device.

Written in a style similar to that of Nigel Slater’s multi-award-winning food memoir ‘Toast’, this is a celebration of the glory, humour, eccentricities and embarrassments that are The British at Table.


The British have a relationship with their food that is unlike that of any other country. Once something that was never discussed in polite company, it is now something with which the nation is obsessed. But are we at last developing a food culture or are we just going through the motions?


‘Eating for England’ is an entertaining, detailed and somewhat tongue-in-cheek observation of the British and their food, their cooking, their eating and how they behave in restaurants, with chapters on – amongst other things – dinner parties, funeral teas, Indian restaurants, dieting and eating whilst under the influence.


Written in Nigel Slater’s trademark readable style, ‘Eating for England’ highlights our idiosyncratic attitude towards the fine art of dining.