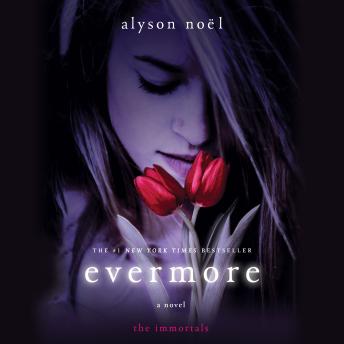 Download or Stream instantly more than 55,000 audiobooks.
Listen to "Evermore: The Immortals" on your iOS and Android device.

After a horrible accident claimed the lives of her family, sixteen-year-old Ever Bloom can see people's auras, hear their thoughts, and know someone's entire life story by touching them. Going out of her way to avoid human contact and suppress her abilities, she has been branded a freak at her new high school—but everything changes when she meets Damen Auguste.

Damen is gorgeous, exotic and wealthy. He's the only one who can silence the noise and random energy in her head—wielding a magic so intense, it's as though he can peer straight into her soul. As Ever is drawn deeper into his enticing world of secrets and mystery, she's left with more questions than answers. And she has no idea just who he really is—or what he is. The only thing she knows to be true is that she's falling deeply and helplessly in love with him.