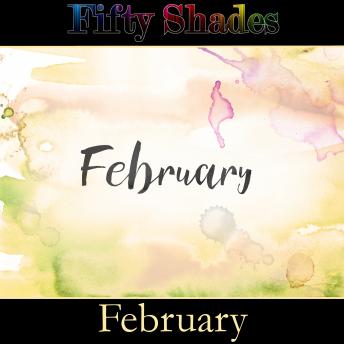 Download or Stream instantly more than 55,000 audiobooks.
Listen to "Fifty Shades of February" on your iOS and Android device.

The eleventh month of the Gregorian year brings the change from Autumn into Winter. Landscapes are scrubbed of colour and all their frills, the statued forms of trees are the grammar, the structure of her ways. Days shorten, nights lengthen and for our classic poets there is work to be done.Across fifty poems our classic poets including Matthew Arnold, Thomas Hardy, Herman Melville, Anna Laetitia Barbauld and Alice Guerin Crist illuminate the month, the natural world and the human condition. In their words our experiences are reshaped, our views are rethought and our place in the world made a little more sense of.1 - Fifty Shades of November - An Introduction2 - November by John Clare3 - November Findings, November 1862 by Janet Hamilton4 - November by William Cullen Bryant5 - To a Mouse by Robert Burns6 - To a Robin in November by William Wilfred Campbell7 - The TWA Corbies by Anonymous8 - Bird's Nests by Edward Thomas9 - We Plough the Fields and Scatter by Mattias Claudius10 - A Hymn on the Seasons (An Extract) by James Thomson11 - A Shropshire Lad XXVII - Is My Team Ploughing by A E Housman12 - At Day Close in November by Thomas Hardy13 - A November Night by Sara Teasdale14 - In November by Archibald Lampman15 - Who Has Seen the Wind by Christina Rossetti16 - Autumn Song by Katherine Mansfield17 - November Song by Johann Wolfgang Von Goethe18 - Love in Autumn by Sara Teasdale19 - The Wind's Lament by John Morris-Jones20 - By the Hearth by Elizabeth Stuart Phelps21 - A Calender of Sonnets - November by Helen Hunt Jackson22 - November Blind by Phillip Henry Savage23 - In This Fog by Daniel Sheehan24 - November by Thomas Hood25 - Among the Rocks by Robert Browning26 - November by John Payne27 - Mild the Mist Upon the Hill by Emily Bronte28 - The Storm by George Herbert29 - Pray To What Earth Does This Sweet Cold Belong by Henry David Thoreau30 - November by Amy Lowell31 - Frost At Midnight by Samuel Taylor Coleridge32 - Dupont's Round Fight (November 1861) by Herman Melville33 - A Thanksgiving Poem by Paul Laurence Dunbar34 - In November by Phillip Henry Savage35 - November Days in Ireland by Alice Guerin Crist36 - November 1806 by William Wordsworth37 - A Shropshire Lad XXXVIII - The Winds Out of the West Land Blow by A E Housman38 - November 1847 by Henry Alford39 - Sonnet 73 - That Time of Year Thou Mayst in Me Behold by William Shakespeare40 - The Going of the Battery (Wives Lament November the 2nd 1899) by Thomas Hardy41 - The Melancholy Year is Dead with Rain by Trumbell Stickney42 - A November Note by Alfred Austin43 - November by Lucy Hamilton Hooper44 - November 1813 by William Wordsworth45 - A Thought on Death, November 1814 by Anna Laetitia Barbauld46 - On the Death of Princess Borghese, at Rome, November 1840 by Richard Monckton Milnes Houghton47 - Paris. November the 11th, 1918 by Mary Wedderburn Cannan48 - In Memoriam by Ewart Alan Mackintosh (Killed in Action 21st November 1917, Aged 24)49 - November by John Keble50 - For the Fallen by Lawrence Binyon51 - Rugby Chapel, November 1857 by Matthew Arnold