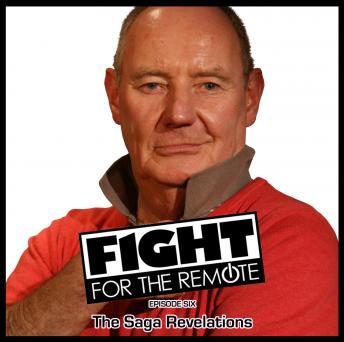 Fight for the Remote - Episode 6

Download or Stream instantly more than 55,000 audiobooks.
Listen to "Fight for the Remote - Episode 6" on your iOS and Android device.

Fight For The Remote. Episode Six: The Saga Revelations "I've never known a children's book with so many overt revelations to clitori." Alice gets her one client, Camp Raymond, a career-boosting gig reading his bestselling children's novel on tape, leaving Jon at home to clean the house (with a little help from his sci-fi fan friends).

A Fantom Films Production 2011. Warning some scenes contain strong language and themes of a sexual nature.