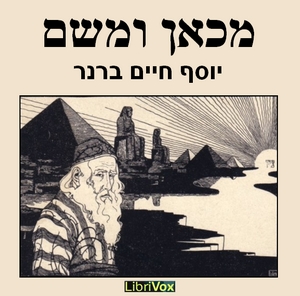 From Here and There

Download or Stream instantly more than 55,000 audiobooks.
Listen to "From Here and There" on your iOS and Android device.

Yosef Haim Brenner (murdered by Arab terrorists in 1921 at the age of 40) presented in his book "From Here and There" a piercing, soul searching portrayal of the "second aliyah," the dominant immigration into Palestine at the beginning of the twentieth century. The following words have influenced many at the time, and are still thought to represent Brenner's literary "will": "Life is bad, but always secret ... Death is bad. The world is conflicted, but also diverse, and sometimes beautiful. The world is miserable, but can also be wonderful. The nation of Israel, by the rules of logic, has no future. One must, nonetheless, work. So long as you have a soul, there are sublime acts and uplifting moments. Long live Hebrew human labor!" (Summary by Omri Lernau)