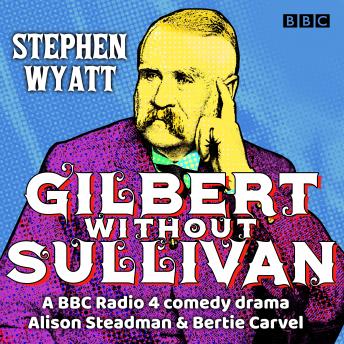 Download or Stream instantly more than 55,000 audiobooks.
Listen to "Gilbert without Sullivan: A BBC Radio 4 drama collection" on your iOS and Android device.

Sir William Schwenck Gilbert is best known for his operatic collaborations with Sir Arthur Sullivan, which captivated 19th-century audiences and continue to delight today. But he also created numerous solo works, among them these ten pieces, dramatised for radio by Stephen Wyatt and featuring Jonathan Coy as WS Gilbert.