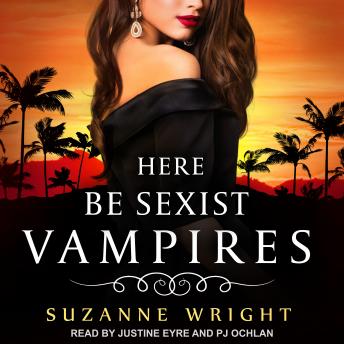 Download or Stream instantly more than 55,000 audiobooks.
Listen to "Here Be Sexist Vampires" on your iOS and Android device.

Sam Parker is a vampire with a gift so strong and substantial that she is invited to partake in a test for a place in the Grand High Master Vampire's private army. She finds that not only has the army never included a woman, but it has never included a Svente vampire; a breed that is regarded by the super strong Pagori breed and the hypnotically beautiful Keja breed to be too tame and human-like. Most refuse to take her seriously, especially a Pagori commander named Jared who she craves in spite of herself. The Grand High Master, however, sees her potential and offers her the position of Jared's co-commander to help train the newest squad in time for the impending attack on his home. Sam has to demonstrate to Jared and the squad of chauvinists why it is incredibly foolish to underestimate a wilful, temperamental, borderline-homicidal Svente female.