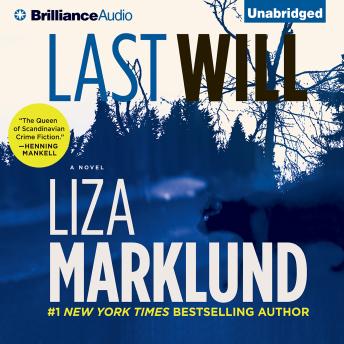 Last Will: A Novel

Download or Stream instantly more than 55,000 audiobooks.
Listen to "Last Will: A Novel" on your iOS and Android device.

For the first time in her career, investigative reporter Bengtzon is covering the glamorous Nobel Prize Dinner, traditionally held in Stockholm's City Hall. Some of the most notable scholars in the world are in attendance when gunshots suddenly break out. Bodies fall to the floor and Annika catches a glimpse of the suspect as he flees the scene. As the key witness, she is soon caught in the middle of an intricate drama with links to international terrorism, global pharmaceutical corporations, and Alfred Nobel himself. In pursuit of a trained assassin called The Kitten, she learns that in the scientific community, secrets are closely guarded. And some will kill, just to protect them.