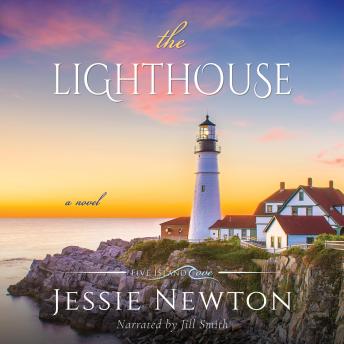 Download or Stream instantly more than 55,000 audiobooks.
Listen to "The Lighthouse: Romantic Women's Fiction" on your iOS and Android device.

After the death of a childhood loved one, 5 best friends reunite in the small coastal town of Five Island Cove. One doesn't expect to find love with a high school crush. Another isn't prepared to find the strength she needs to take control of her life. And none of them are ready for the secrets they'll uncover at the lighthouse...

As the truth comes to light, these five best friends will learn what really matters: friendship, family, and faith.

When Joel Shields dies, Robin Grover's only goal is to get her four best friends back to Five Island Cove to celebrate the life of Kristen's husband. She alone has stayed in the cove while everyone else couldn't wait to get away.

Alice Keller comes instantly, because her mansion in the Hamptons and her husband's infidelity is smothering her. Not only that, but Kristen has always been like a mother to her, and she wants to support her.

Eloise Hall comes quickly too, because she's not teaching at the university this summer, and she might as well visit her mother—and the house she secretly bought years ago. Her first night on the island, she runs into an old high school crush, and a flame ignites that hasn't been there before.

But Kelli Thompson and AJ Proctor are more resistant, and as Robin, Alice, and Eloise uncover secret after secret in the books, journals, and files in Joel's office, Robin becomes more determined to reunite them all.

When Kelli and AJ finally arrive in the cove, the women are embroiled in secrets the lighthouse has hidden for decades. Robin tries to hold them all together, but she too breaks down and admits that her perfect-on-the-outside life isn't so perfect.

As these 5 best friends work together to find the truth, they must learn to let go of what doesn't matter and cling to what does: faith, family, and most of all, friendship.