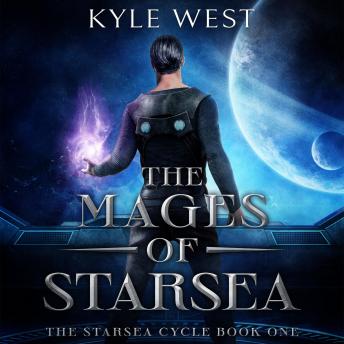 The Mages of Starsea

Download or Stream instantly more than 55,000 audiobooks.
Listen to "The Mages of Starsea" on your iOS and Android device.

A mage's fate is worse than death...

Lucian dreams of a new life outside the cesspool of Earth. Unfortunately, his wish comes true when the government identifies him as a mage.

When Lucian is exiled from Earth, he must travel to the distant world of Volsung to receive training. During the long passage, he meets a mysterious mage. She prophesies he is marked by the Manifold, the reality that is the source of all magic. It is a destiny that requires him to master abilities he never imagined he possessed.

But that's the last thing he wants. He faces a terrible choice. To accept his new reality as a mage. Or, to try and outrun destiny...