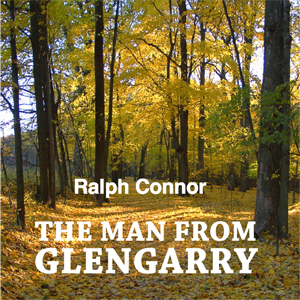 The Man from Glengarry

Download or Stream instantly more than 55,000 audiobooks.
Listen to "The Man from Glengarry" on your iOS and Android device.

With international book sales in the millions, Ralph Connor was the best-known Canadian novelist of the first two decades of the Twentieth Century. The Man from Glengarry was his most popular and accomplished work. Immediately after its publication in 1901, the novel spent several months in the top ranks of the New York Times "Books in Demand" list.

We follow the story of Ranald Macdonald, who is shaped by family and community in rural eastern Ontario in the early decades after Canadian confederation. This is a book about the making of men, but also, ultimately, about the making of a nation, as the mature Ranald moves west to take a leadership role in the fledgling province of British Columbia.

The Man from Glengarry features adventure and romance, and is, above all, a work of serious moral purpose. "Ralph Connor" was the pen-name of the Reverend Charles Gordon, a prominent Canadian minister, and his stories are woven through with his religious convictions. His is a two-fisted Christianity - or, as he said in his autobiography, a religion that can appeal to "red-blooded" people who aren't afraid to engage in physical conflict for causes that they know are right. (Summary by Bruce Pirie)