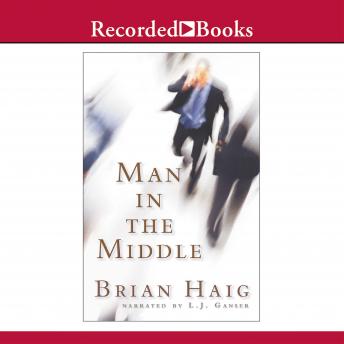 Man in the Middle

Download or Stream instantly more than 55,000 audiobooks.
Listen to "Man in the Middle" on your iOS and Android device.

Ripped from today's headlines, Brian Haig's new novel finds Army lawyer Sean Drummond caught between duty to Washington's elite and the soldiers in Iraq. Dispatched to investigate the suicide of one of DCs most influential defense officials, an ardent, early supporter of the war in Iraq, Drummond and his female partner find themselves in the middle of a tug-of-war between Washington's most influential power brokers and his own personal allegiance to the soldiers dying overseas. What he uncovers are the secrets that led to the war, secrets that once exposed would destroy public support and undermine the presidency. Now, Drummond faces the greatest moral quandary of his life: What is the true meaning of patriotism?