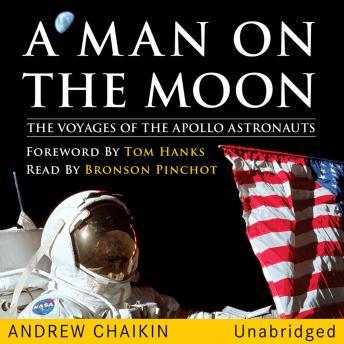 A Man on the Moon

Download or Stream instantly more than 55,000 audiobooks.
Listen to "A Man on the Moon" on your iOS and Android device.

On the night of July 20, 1969, our world changed forever when two Americans, Neil Armstrong and Buzz Aldrin, walked on the moon. Now the greatest event of the twentieth century is magnificently retold through the eyes and ears of the people who were there. Based on the interviews with twenty-three moon voyagers, as well as those who struggled to get the program moving, journalist Andrew Chaikin conveys every aspect of the missions with breathtaking immediacy: from the rush of liftoff, to the heart-stopping lunar touchdown, to the final hurdle of reentry.