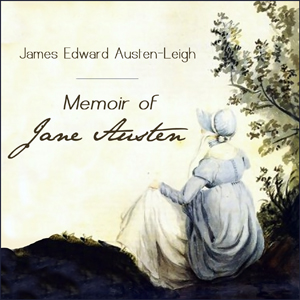 Download or Stream instantly more than 55,000 audiobooks.
Listen to "Memoir of Jane Austen" on your iOS and Android device.

"The Memoir of my Aunt, Jane Austen, has been received with more favour than I had ventured to expect. The notices taken of it in the periodical press, as well as letters addressed to me by many with whom I am not personally acquainted, show that an unabated interest is still taken in every particular that can be told about her.

I am thus encouraged not only to offer a Second Edition of the Memoir, but also to enlarge it with some additional matter which I might have scrupled to intrude on the public if they had not thus seemed to call for it. In the present Edition, the narrative is somewhat enlarged, and a few more letters are added; with a short specimen of her childish stories. The cancelled chapter of ‘Persuasion’ is given, in compliance with wishes both publicly and privately expressed. A fragment of a story entitled ‘The Watsons’ is printed; p. iii and extracts are given from a novel which she had begun a few months before her death; but the chief addition is a short tale never before published, called ‘Lady Susan.’ {0a} I regret that the little which I have been able to add could not appear in my First Edition; as much of it was either unknown to me, or not at my command, when I first published; and I hope that I may claim some indulgent allowance for the difficulty of recovering little facts and feelings which had been merged half a century deep in oblivion." - James Edward Austen-Leigh in the Preface to Memoir of Jane Austen