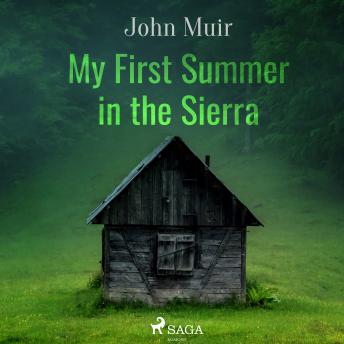 My First Summer in the Sierra

Download or Stream instantly more than 55,000 audiobooks.
Listen to "My First Summer in the Sierra" on your iOS and Android device.

'My First Summer in the Sierra' (1911) takes inspiration from Muir’s journals of the months he spent between June and September 1869 as a shepherd in the Sierras. Muir went on to built a cabin along Yosemite Creek, where he lived for two years. He designed it in such a way that a portion of the stream flowed through it, as he wanted to enjoy its music. From French Bar to Mono Lake and the Yosemite Valley, he was awestruck by everything he saw. The antics of the smallest 'insect people' amazed him as much as stunted thousand-year old Juniper trees growing with inconceivable tenacity from tiny cracks in the stone. In this novel, he tells of the nature in the Sierra, and of his ascension of Mt. Hoffman and other local peaks.