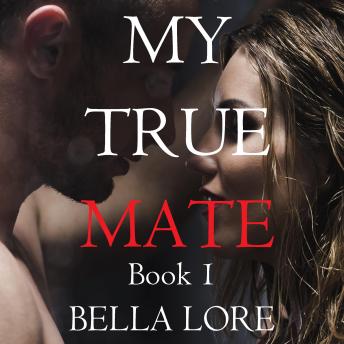 Download or Stream instantly more than 55,000 audiobooks.
Listen to "My True Mate: Book 1: Digitally narrated using a synthesized voice" on your iOS and Android device.

This recording has been digitally produced by DeepZen Limited, using a synthesized version of an audiobook narrator’s voice under license. DeepZen uses Emotive Speech Technology to create digital narrations that offer a similar listening experience to human narration. On the night of her first shift, Sarah, 18, expects everything to change—and a lifetime with the Alpha. But the one thing happens that she doesn’t expect.

She fails to shift.

In an instant, Sarah loses everything: her pack, her mate, and her future. An outcast in the woods, Sarah wonders about the mysterious rogue who haunts the den’s perimeters. But she is just a human now.

Can she enter into a forbidden romance with a wolf?

And who, in the end, is her true mate?