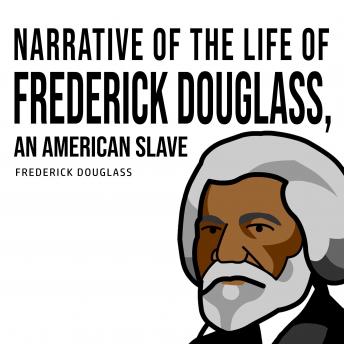 Narrative of the Life of Frederick Douglass, an American Slave

Download or Stream instantly more than 55,000 audiobooks.
Listen to "Narrative of the Life of Frederick Douglass, an American Slave" on your iOS and Android device.

Do you want to listen to Narrative of the Life of Frederick Douglass, an American Slave? If so then keep reading…
Former slave, impassioned abolitionist, brilliant writer, newspaper editor and eloquent orator whose speeches fired the abolitionist cause, Frederick Douglass (1818–1895) led an astounding life. Physical abuse, deprivation and tragedy plagued his early years, yet through sheer force of character he was able to overcome these obstacles to become a leading spokesman for his people. In this, the first and most frequently read of his three autobiographies, Douglass provides graphic descriptions of his childhood and horrifying experiences as a slave as well as a harrowing record of his dramatic escape to the North and eventual freedom. Published in 1845 to quell doubts about his origins — since few slaves of that period could write — the Narrative is admired today for its extraordinary passion, sensitive and vivid descriptions and storytelling power. It belongs in the library of anyone interested in African-American history and the life of one of the country's most courageous and influential champions of civil rights. A selection of the Common Core State Standards Initiative.
What are you waiting for Narrative of the Life of Frederick Douglass, an American Slave is one click away, select the “Download” button in the top right corner NOW!