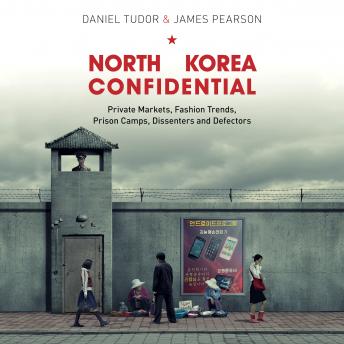 Download or Stream instantly more than 55,000 audiobooks.
Listen to "North Korea Confidential" on your iOS and Android device.

North Korea is a country where everyone is thought to worship a power-crazed dictator, where disputes with neighboring South Korea frequently break out into violence, where nuclear bombs are detonated with alarming regularity, and where most people are assumed to be on the verge of starvation. But is this an accurate view of daily life in North Korea today? Read this book to find out.

In seven fascinating chapters the authors explore what life is really like for ordinary North Koreans. They tap a broad variety of sources-from interviews with members of Pyongyang's ruling elite to defectors, diplomats, NGOs and cross-border traders, as well as written accounts in English, Korean and Chinese-to bring together a radically different view of North Korean society today. These sources reveal that in North Korea, money can buy more or less anything, and ordinary people, poor and rich alike, regularly enjoy K-pop music, South Korean TV dramas, skinny jeans and even Chinese and American films which are smuggled into the country and sold on micro SD cards, DVDs and USB sticks by a network of wheelers and dealers who use a thriving black market to survive.

Such snippets of information show that North Korean society is undergoing rapid and dynamic changes. Just as the 1950-53 Korean War created a generation of South Korean overachievers, the authors believe the mid-1990s famines in North Korea created important social and economic transformations that will eventually spur North Korea and its people to greater achievements.