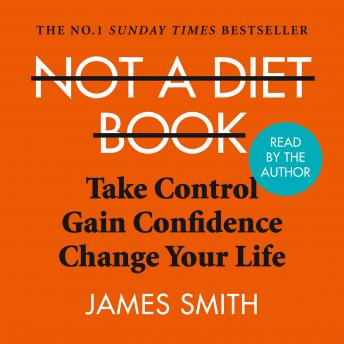 Download or Stream instantly more than 55,000 audiobooks.
Listen to "Not a Diet Book: Take Control. Gain Confidence. Change Your Life." on your iOS and Android device.

*The No.1 Sunday Times Bestseller


Are you ready to change your life?


Are you sick of always wearing black and getting undressed in the dark?


Are you fixated with a number on the scales?


Are you afraid to step into the gym and commit to a routine?


Is your confidence at an all-time low?


Is all of this having a negative impact on your life, relationships and happiness?

James Smith is armed with every tool you’ll ever need to achieve incredible results – from dieting, training and staying in shape to identifying the fads, cons and nonsense that get in
the way of genuine lasting progress.


This book will put you back in control. It is not a fad diet or a short-term training plan. It will empower you to adopt better habits that will allow you to take charge of your life.