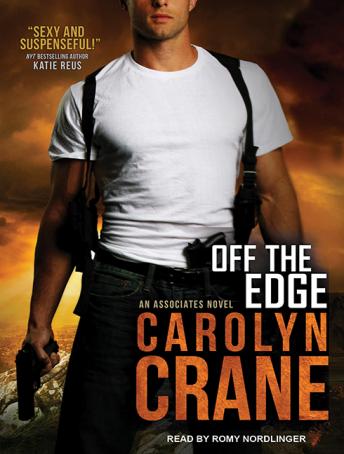 Download or Stream instantly more than 55,000 audiobooks.
Listen to "Off the Edge" on your iOS and Android device.

For deadly secret agent Peter Macmillan, language is a weapon-one he uses to hunt criminals, destroy plots, and charm enemies. Seducing information out of a beautiful singer in a Bangkok hotel should be easy . . . except that this particular singer has the power to destroy his cool façade, and with it, his last defense against a dark past.

He tricked her. He helped himself to her body and her secrets. He has enemies everywhere. Laney Lancaster should hate Peter, but when she discovers him shirtless, sweaty, and chained up in the hotel's dungeon, all she can think about is freeing him. Because she knows what it's like to be trapped and alone. And she could use a dangerous friend. They might be wrong for each other, but to survive they must trust each other with their lives-and their hearts.Contains mature themes.