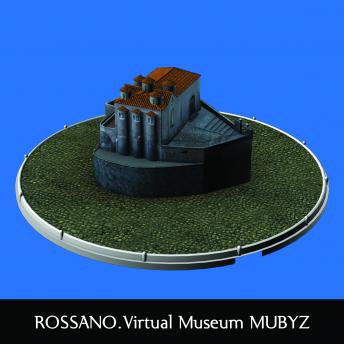 Download or Stream instantly more than 55,000 audiobooks.
Listen to "Oratory of San Marco. Rossano. Italy" on your iOS and Android device.

The audioguide tells the story, describes the architecture and reports interesting facts about the oratory.

Rossano is one of the most important cities of Calabria, under Byzantine rule, and here one of the most significant monuments of that time has been preserved: the Oratorio di San Marco, founded roughly in the X-XI century.

During the restoration, fragments of admirable sculptures and frescoes of the Byzantine period emerged: a Madonna with Child, which was to be part of a much wider representation, perhaps throughout the church, as is usually found in the iconographic plans of the post iconoclastic Byzantine churches of age. The peculiar element of the architecture of San Marco's is the barrel vault, similar to those found on the island of Crete. Inside, you will find more of the church's eastern area with slightly projecting and specially arranged apses, and cylindrical lateral drums. The walls of the apses are bare, animated only by the opening of the double windows, while the mullioned windows open onto the drums.

A point of interest is the altar table, which you will find in front of you, once you have crossed the space underneath the central dome. It is a burial element: a plate found alongside other sculptural fragments, during the restoration and, on the border, there are other geometric ornaments.

The audioguide has been made by professionals in the field of history and art.