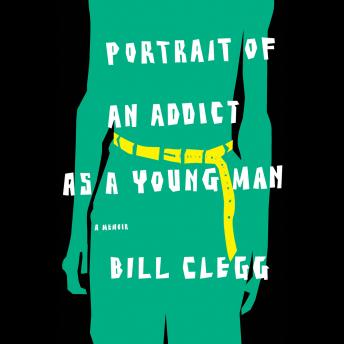 Portrait of an Addict as a Young Man: A Memoir

Download or Stream instantly more than 55,000 audiobooks.
Listen to "Portrait of an Addict as a Young Man: A Memoir" on your iOS and Android device.

Bill Clegg had a thriving business as a literary agent, a supportive partner, trusting colleagues, and loving friends when he walked away from his world and embarked on a two-month crack binge. He had been released from rehab nine months earlier, and his relapse would cost him his home, his money, his career, and very nearly his life.

What is it that leads an exceptional young mind want to disappear? Clegg makes stunningly clear the attraction of the drug that had him in its thrall, capturing in scene after scene the drama, tension, and paranoiac nightmare of a secret life -- and the exhilarating bliss that came again and again until it was eclipsed almost entirely by doom. He also explores the shape of addiction, how its pattern -- not its cause -- can be traced to the past.

Portrait of an Addict as a Young Man is an utterly compelling narrative -- lyrical, irresistible, harsh, honest, and beautifully written -- from which you simply cannot look away.