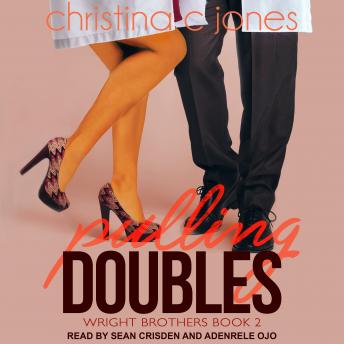 Download or Stream instantly more than 55,000 audiobooks.
Listen to "Pulling Doubles" on your iOS and Android device.

All Devyn wants-besides a tall, fine husband and eventually a few babies to fulfill her 'about to turn thirty, running out of time, cute black family' dreams-is to finish her yearlong internship at University Hospital. She's excited about the experience, eager to learn, glad to help wherever she can . . . it should be easy, right?

Well, it would be . . . if it weren't for arrogant, know-it-all, always-got-something-to-say Dr. Joseph Wright. Devyn can't stand him, and if his attitude is any indication, the feeling is mutual . . . or is it?

Joseph doesn't 'do' doctors. Or nurses. Or patients. Or anybody else who has anything to do with the hospital, for that matter. University Hospital has infiltrated enough of his life, and the last thing he needs is a blurring of the lines between professional and private.

. . . until smart, sexy, sassy Nurse Devyn Echols comes along, and stomps all over those lines.

When you're pulling doubles with the person you hate to want so bad . . . something is bound to ignite.