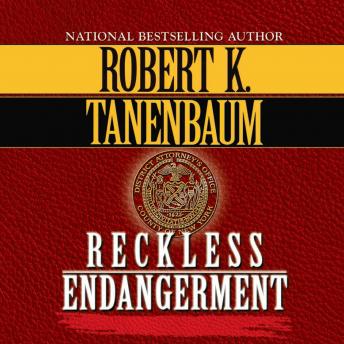 Download or Stream instantly more than 55,000 audiobooks.
Listen to "Reckless Endangerment" on your iOS and Android device.

Butch Karp and Marlene Ciampi discover themselves working on two sides of the same case when a set of double homicides rocks downtown Manhattan. A bloody warning scrawled on the wall above a murdered elderly couple sends the Jewish community reeling into a tension-filled confrontation with the city''s Arab population. In neighboring Brooklyn, a 16-year-old Arab runaway seeks refuge in Manhattan''s Hell''s Kitchen, where she becomes caught up in the ugly world of prostitution and drugs. After murderously defending herself against a malicious pimp, she escapes into a woman''s shelter on the Lower East Side, into the helping hands of Marlene.

As special prosecutor, Butch joins the hunt for the double murderers, finding himself in conflict with his own Jewish heritage and with the realization that Marlene''s case is inextricably linked with his own. As tensions build and fear escalates, New York City becomes a powderkeg of twisted emotions in a case of kill or be killed.