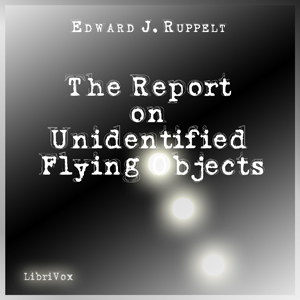 The Report on Unidentified Flying Objects

Download or Stream instantly more than 55,000 audiobooks.
Listen to "The Report on Unidentified Flying Objects" on your iOS and Android device.

'Straight from the horse's mouth', as they say. Edward Ruppelt was the first head of the U.S. Air Force's Project Blue Book, the official project initiated to investigate UFO reports beginning in 1952. This report from 1956 takes us inside these initial investigations, separates fact from fiction, and gives insight into who, when, where, and how sightings were reported and researched in open-minded fashion (for which Ruppelt was renowned), rather than in the typical hushed and secretive (and censored) manner most often associated with government and military reports which are released to the public. Dozens of specific sightings are recounted, although hundreds more had come pouring into the agency during the period covered (and hundreds, if not thousands more that were never officially reported). Here we go inside the workings of Project Blue Book, which had evolved from 2 earlier Air Force projects, and we are witness to interviews, press conferences, Pentagon briefings, and many reports from civilian and military pilots, Air Traffic Controllers, office workers, farmers, and the man on the street who reported their accounts with UFOs. And not all sightings that were reported were restricted to the U.S. Although Project Blue Book would continue until 1969, here we witness an in-depth account from it's inception and it's earliest stages, the political obstacles, the houndings from the press, the overall confusion encountered during and following many of the sightings, and the near hysteria caused during the heyday of UFO sightings, and all from the man who headed up the project in it's earliest years. The second edition of Ruppelt's work was supplemented with 3 additional chapters which were added in 1960, and we are fortunate that they are included here. (Summary by Roger Melin)