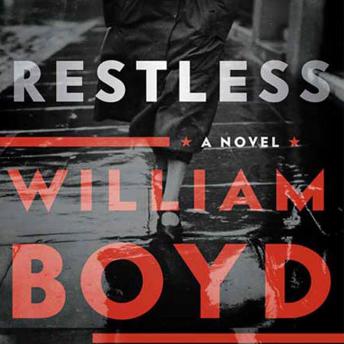 Download or Stream instantly more than 55,000 audiobooks.
Listen to "Restless: A Novel" on your iOS and Android device.

'I am Eva Delectorskaya,' Sally Gilmartin announces, and so on a warm summer afternoon in 1976 her daughter, Ruth, learns that everything she ever knew about her mother was a carefully constructed lie. Sally Gilmartin is a respectable English widow living in picturesque Cotswold village; Eva Delectorskaya was a rigorously trained World War II spy, a woman who carried fake passports and retreated to secret safe houses, a woman taught to lie and deceive, and above all, to never trust anyone.


Three decades later the secrets of Sally's past still haunt her. Someone is trying to kill her and at last she has decided to trust Ruth with her story. Ruth, meanwhile, is struggling to make sense of her own life as a young single mother with an unfinished graduate degree and escalating dependence on alcohol. She is drawn deeper and deeper into the astonishing events of her mother's past-the mysterious death of Eva's beloved brother, her work in New York City manipulating the press in order to shift public sentiment toward American involvement in the war, her dangerous romantic entanglement. Now Sally wants to find the man who recruited her for the secret service, and she needs Ruth's help. William Boyd's Restless is a brilliant espionage audiobook and a vivid portrait of the life of a female spy. Full of tension and drama, and based on a remarkable chapter of Anglo-American history, this is listening at its finest.